Now entering its eighth season, the Big Bash League continues to be one the world’s premier Twenty20 domestic competitions and has become a permanent staple of Australia’s summer sporting calendar.

Above all else, the BBL, with games almost every night, is a great avenue for keen punters, offering doens of quality markets, props bets, exotics and future markets to feast on each season.

We’ll walk you through everything you need to know about Big Bash betting this summer, including a look at each squad and the futures markets at our trusted online bookmakers.

Each major Australian bookmaker has well and truly woken up to the betting potential of the Big Bash League and all run weekly and even daily specials for punters.

Each of the bookmakers we recommend above are a safe bet when it comes to betting on the BBL, but savvy punters will focus on having multiple betting accounts to take advantage of the different odds, different daily specials and maximise your profit.

After winning the 2017/18 BBL title, the Adelaide Strikers are the bookies’ favourite to go back-to-back, starting as the $4.50 favourites, with last year’s runners up, the Hobart Hurricanes, nipping at their heels at $5.

After making just their second finals appearance last year, the Renegades are fancied to get back to the pointy end at $6.50, sharing the third rung in this market with the Perth Scorchers, which will attempt to win a record fourth title.

The competition’s most consistent bridesmaid, the Melbourne Stars, start the season at $8 and will hope that skipper Glenn Maxwell can lead his team to a seventh finals campaign.

The Brisbane Heat, Sydney Sixers and Sydney Thunder have failed to build any hype in the build up to the season and with squads that largely echo their failed campaigns of last season, will start as $9 shots to go all the way.

Besides the abundance of local talent on display, BBL 2018-19 will also play host to some of the biggest stars from around the globe.

While the competition is still quite young, the BBL franchises have wasted no time in building their own identities, establishing big crowds, giving young stars their first taste of the big time and attracting world-class talent.

Let’s take a look at each franchise: 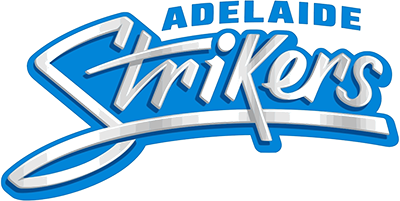 The Adelaide Strikers were able to go all the way last season around its prolific opening pair of Witherald and Carey, as well as the explosive wicket-taking ability of the world’s best T20 bowler, Afghanistan wizard Rashid Khan.

With the large majority of its squad returning and a real home-ground advantage at Adelaide Oval, expect the Strikers to go close again.

With the bash brothers — Brendon McCullum and Chris Lynn — at the top of the order, the Brisbane Heat have a batting line-up to match any other in the BBL. The problem for the Heat has been in the bowling department and finding some late-order hitting to complement its top three batsmen.

Could this be the year the Hobart Hurricanes break their title drought?

With pace dynamo Joffra Archer returning, player of the tournament D’Arcy Short still in top form and a batting line-up that offers resistance and power all the way down to the bowlers, the Hurricanes will fancy their chances at repeating their Grand final appearance of last season and going on better.

After a number of barren seasons at the bottom of the table, the Melbourne Renegades put some strong form together last year and finished third on the BBL table before eventually being eliminated in the semi finals by Adelaide.

Aaron Finch will captain again and when he is away leading his nation in ODI and T20 cricket the team will be able to rely on veterans like Cameron White and Dan Christian to step-in.

Keep an eye on explosive middle-order batsmen Mohammad Nabi from Afghanistan to help propel this team up the ladder.

With Glenn Maxwell and Marcus Stoinis leading the way, the Melbourne Stars have two of the very best limited overs all-rounders in world cricket.

The question for the Stars is, do they have the depth to cover when those boys are away on international duty?

The Stars have the firepower to go all the way, but have often found a way of choking on the biggest stage. We’ll watch them with interest. 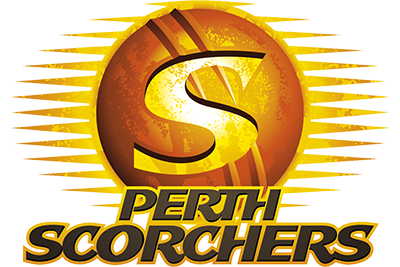 The masters of this competition don’t quite have the star-power of years gone by after the retirement of firebrand Mitchell Johnson, but will be highly-fancied again to be there when the whips are cracking late in the year.

The Sydney Sixers carry an experienced squad into this tournament and, while there are not many household names that will excite fans, there are consistent performers throughout capable of lifting the men in pink to a fifth finals series. 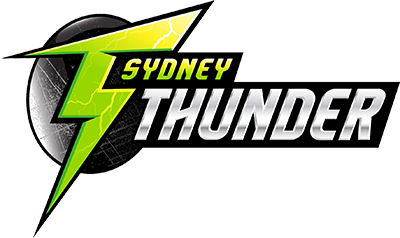 The ageing Shane Watson will lead the Thunder again and hope to get access to their international stars like Pat Cummins, Joe Root, Jos Buttler and Usman Khawaja if they are to have any chance to work their way back into the finals.

Daniel Sams looks promising with both bat and ball and the English recruits look like they could offer quite a bit, but the Thunder squad lacks true depth and will struggle to win the required games.

How to bet on the Big Bash Twenty20 cricket

The best sports betting sites offer a myriad of ways to have a punt on Australian T20 cricket. Below are some of the most popular markets available at our top-ranked bookmakers online.

Rather than betting on the outcome of a single match, you can place wagers on the eventual result of the tournament. These are called outright bets, or futures, and they are often available several months before the season kicks off. Popular Big Bash futures markets include:

This is your bread-and-butter betting market for cricket. Simply select which team you think will win the match – that’s all there is to it.

All the top cricket bookmakers offer a few additional options under the ‘Main Markets’ or ‘Match Betting’ tab for Twenty20 games. These include:

This is one of the most popular T20 Australian cricket betting markets. Choose which player you think will top score for their team, or who will make the most individual runs for match overall.

Where to watch the Big Bash League live

The broadcast rights to the Big Bash League was sold in the off-season to a partnership between Channel 7 and Fox Sports.

Both of Channel 7 and Fox Sports will host every BBL match live, with separate commentary teams using the same footage.

Before the change this season, the BBL had been broadcast live on Channel 10 for the first seven seasons of competition’s existence.