10 Greatest NRL Players Of All Time

The NRL (National Rugby League) is one of the toughest leagues in the world and only the very best sporting athletes compete.Of the thousands of players that have played the great sport, there are 10 rugby league players that standout from the rest. Eight of these players have been named “Immortals” which is an award given to a player who excelled in the NRL and we have included another two which will earn that status over time.

One is a former great for the Brisbane Broncos and another is a North Queensland hero who captivated the sport through recent times. All 10 players in our list left their mark on the NRL and deserve all the recognition they receive.

Our list kicks off with a current star of the game who has captained Australia, Queensland and the Indigenous All Stars. 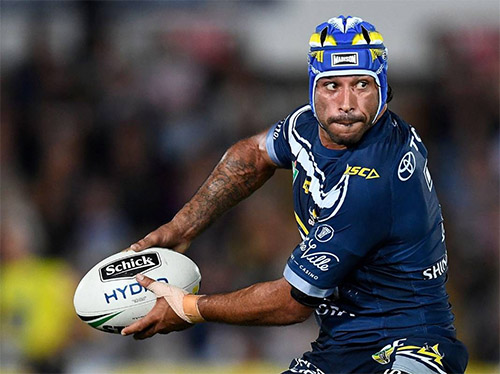 J.T – or Johnathan Thurston, is a Dally M Medal winner who has played for the Canterbury Bulldogs where he won one premiership and the North Queensland Cowboys where he also won a premiership in 2015.

The five-eighth represented both Queensland and Australia at representative level and also the Indigenous All Star side from 2010-2015. He has currently played with only two NRL teams and his success has transformed the five-eighth position.

Thurston is one of the great playmakers under pressure and immortality status is only a matter of time. Thurston continues to play for the Cowboys who always look a great bet at Australian online sport betting bookmaker Sportsbet.com.au. 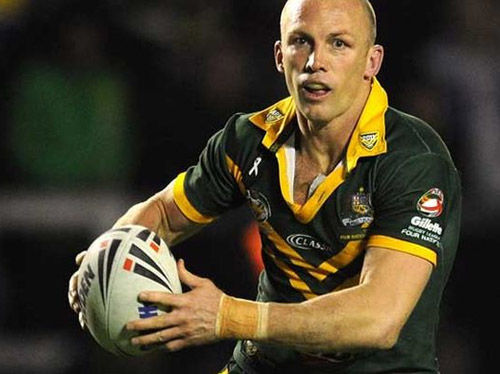 Darren Lockyer won’t be winning any singing contests any time soon, but boy could he play rugby league. Lockyer was a one-team man, having played 355 games for the Brisbane Broncos from 1995-2011.

“Locky” as he was known, played 36 games for Queensland and provided the Maroons with some of the best finishes Origin has ever seen. He also represented Australia on 59 occasions, scoring an incredible 35 tries from both the fullback and five-eighth position.

Lockyer was an undersized battler who defied the odds his entire career. With a 5’10” frame, Lockyer used his toughness and intelligence to bring the best out of his team and having won four grand finals for Brisbane. He will eventually become a rugby league immortal. 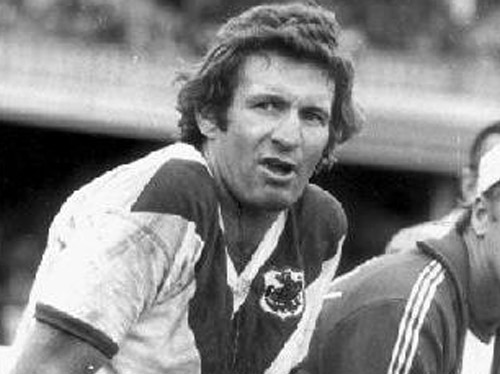 Graeme Langlands played from 1959-1976 in a length career which involved playing for the St. George Dragons.

The four-time NRL premiership winner was inducted as an immortal in 1999 after a career which included 45 tests (the most for any Australian test player) for Australia and 33 games for New South Wales.

Over his 227 NRL games, Langlands scored 86 tries and kicked 648 goals. The fullback/centre was a part of the Dragons domination of the 50’s and 60’s where the franchise won 11 consecutive championships.

Langlands would continue to be associated with the NRL with a four-year coaching career with the Dragons. His record of 70 wins and 44 losses is worth its salt and he was awarded an MBE for this contribution to rugby league. 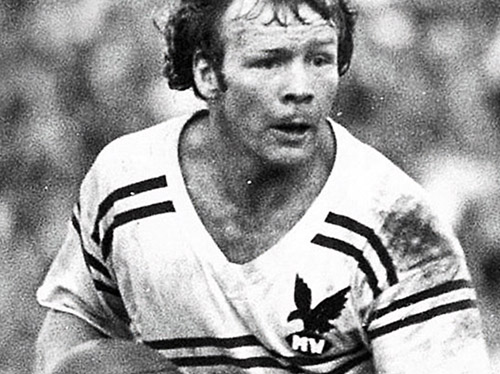 Bob Fulton was born in England, but played 35 tests for Australia as a centre/five-eight. In a career dedicated to the NRL, Fulton was stellar on the playing field and his coaching career was just as good.

Fulton scored 129 tries for Manly over a 10-year period which puts him high on the list of all-time tryscorers. In a time where high scoring games weren’t the norm, Fulton’s ability to cross the white line was impressive. He also scored 14 tries from 16 games for New South Wales and 12 for Australia.

His coaching career spanned almost 20 years where he coached a total of 383 games with a win percentage of 66. He coached Australia to 32 test victories from 39 games, making him one of the best Australian coaches of all time. 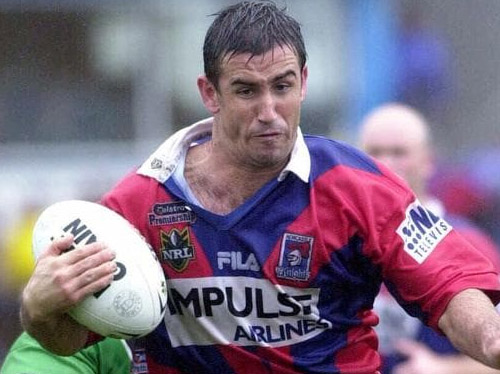 Andrew “Joey” Johns was a modern day hero for many league fans. The halfback from Cessnock played 249 games for the Newcastle Knights and scored an amazing 2176 points (highest in the NRL) as their prime goal kicking option.

In a career that came with its fair share of controversy, no-one doubted his ability on the field and he won the Dally M Medal on three occasions – one of only two players to have done so.

Johns was given immortal status in 2012 after a career that spanned 12 years and even included three games for English premiership side Warrington. He won two NRL premierships for Newcastle when the franchise was in the middle of a successful era. Since his departed the Knights have struggled to remain relevant in the competition.

Johns is now committed to television roles, but it’s interesting to note his cricket career. On the well-known information website Wikipedia, Johns has had two official cricket T20 games for a total of nine runs. Even though Johns was better suited to the league ground, he constantly shows his diverse range of skills. 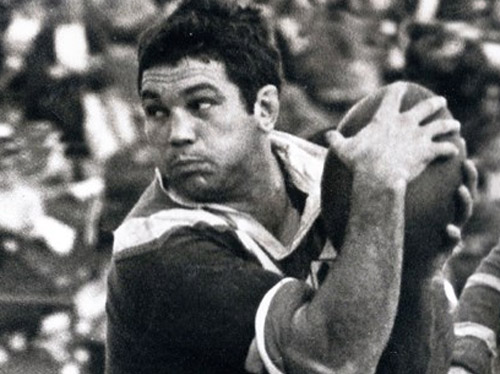 Artie Beetson didn’t have the longest career, nor the most successful, but he played hard and there was no doubting that rugby league was his life.

Inducted as an immortal in 2012, Beetson had played a total of 221 NRL games for three different clubs which included Eastern Suburbs where he scored 17 tries.

The big prop had great skills for a big man and they often won his team the game. He created the modern offload and his style of play is often used as a model for up-and-coming players. 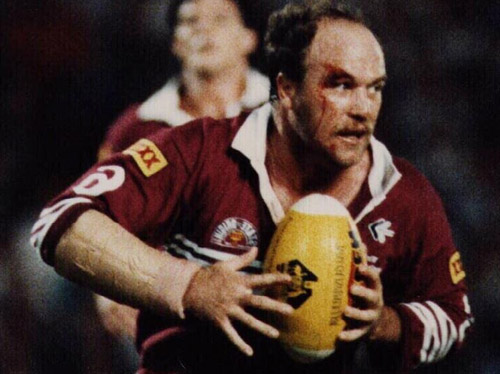 It wasn’t easy putting the Queensland hero in the fourth spot, but there’s only a hair splitting the top four. Lewis played 301 club games with 46 coming with the Brisbane Broncos which he is closely associated with.

Lewis scored 20 tries from 46 games and another 10 tries for Queensland. His play in State of Origin will always be remembered as tough and he was chosen in the Australian Kangaroos Team of the Century in 2008.

He played 34 tests for Australia and The King will forever live in rugby league’s Hall of Fame with two NRL premierships under his belt. 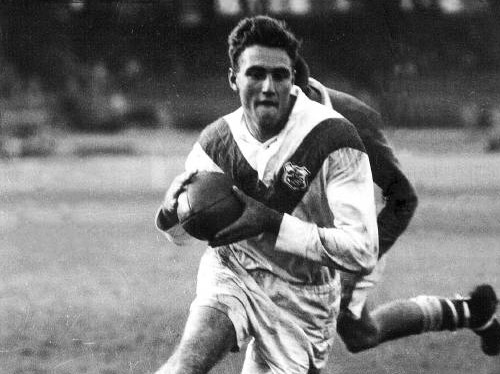 Red Gasnier (uncle of former NRL star Mark Gasnier) played his entire career with St. George and his tryscoring ability is what cemented his position as our no. 3 player.

Gasnier played 125 games for the Dragons and scored 127 tries. That’s more than one a game for a total of eight years which is simply incredible. He also scored 15 tries for New South Wales and 28 tries for Australia from 39 tests.

He became Australia’s youngest test captain in 1962 when he was just 23 years old and finished his career as the most capped Australian test player.

Gasnier won seven NRL titles with the Dragons which is second only to Johnny Raper, our no. 2 pick. 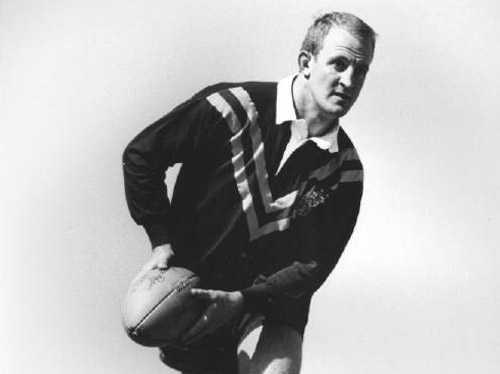 Known as one of, if not the best league player of all time, Raper was key in the Dragons success throughout the late 50’s and early 60’s. In a team that had plenty of star power and plenty of success, no player was more polarising than Johnny Raper.

Raper was a no-nonsense player which continues to associate himself in the NRL despite nearing the age of 80.

Churchill won five NRL premierships as a player and three more as a coach for the Rabbitohs which makes him one of the most successful league personalities of all time. He retired as the most capped Australian test player with 29 games and his ability to play the fullback position changed the game as we know it.

The Clive Churchill Medal is awarded to the best player in the NRL Grand Final and punters can bet on that option this season with CrownBet when markets are released.