The NBA’s Most Valuable Player award – or MVP – is a trophy awarded to the competition’s best player of any given year.

The award, which is voted on by the media, is presented during the NBA playoffs and grants the winner basketball immortality.

The winner receives the Maurice Podoloff Trophy, which is named in honour of the first NBA commissioner – who then went on to be President – of the NBA; who served from 1946 until his retirement in 1963.

The award generates a lot of controversy as everyone has a different opinion on who the best player is of any given year.

The battle for the trophy is so ferocious that until 2016, no player had been unanimously selected by the judges as the best player in the competition.

For those who are not sure about the ins-and-outs of the award, as well as how to bet on it, this article will run through the history of the award, how it’s voted upon, the past winners and tips for investing on the NBA MVP award.

Best bookmakers to place a NBA MVP bet at

There are plenty of bookmakers around these days that claim that they place the NBA at the top of their sporting tree, but who can trust the spin the bookies put on these days?

Luckily we have gone through all the best NBA Betting bookmakers with a fine tooth comb so our readers do not have to.

Here is our list of the trusted sites we would happily invest our hard earned on:

Markets on both the league title and the MVP were up even before the current season had concluded.

Sportsbet.com.au is one of the heavy hitters in the online sports betting world, and their attention to detail in providing punters the best possible odds across all markets will no doubt come to the new NBA season.

All the futures markets including the NBA title and MVP are there, as well specials on the Golden State Warriors, Aussie basketball prodigy Ben Simmons and all the rookie of the year markets.

Sportsbet offered a number of money back specials and daily promotions throughout the year, so serious punters should open an account if they are keen to invest this season.

Crownbet.com.au has made a huge effort to make inroads into the hugely competitive sports betting market, and their NBA markets prove they are prepared to think outside the box in order to build their client base.

Crownbet is offering markets on the title and MVP, but in a unique twist all three of the major statistical categories.

Scoring, assists and rebounds can be invested upon at Crownbet, so punters who think they can pick a good thing prior to the start of the season can make some serious cash.

Past winners of the NBA regular season MVP award

How does the regular season NBA MVP voting system work?

The Regular season Most Valuable Player has had two different methods of voting across its history.

Until the 1979–80 season, the MVP was selected by a vote of NBA players. After that, the award has been decided by a panel of sportswriters and broadcasters throughout North America.

The process was slightly tweaked in 2010, allowing for one ballot to be cast by fans through online voting.

The player with the highest point total wins the award.

Tips for betting on the regular season MVP

One of the other major individual awards in the NBA is the leading scorer in the league.

You could be forgiven for thinking the MVP and the leading scorer award go hand-in-hand, but that is not always the case.

From the period of 2000 through to 2016, only two men have won the regular season MVP award and lead the league in scoring in the same year.

More often than not in basketball betting, the very best take centre stage in the NBA finals and guide their team to victory, but seldom does the regular season individual success translate into team success.

Since 1998 only five players in the NBA have won the regular season MVP and also gone on to win the league title.

Every fan of sport knows that you do not need to be on the best team to win individual awards, but the NBA is one sport that seems to be an exception to the rule.

Only once in the competition’s history has a player won the regular season MVP – Kareem Abdul-Jabbar’s Lakers in 1975-76 – and failed to play in that campaign’s post season.

It will take an exceptional year from a superstar player to ever buck this trend, and we unfortunately think that Kareem may hold this dubious honour alone for the foreseeable future. 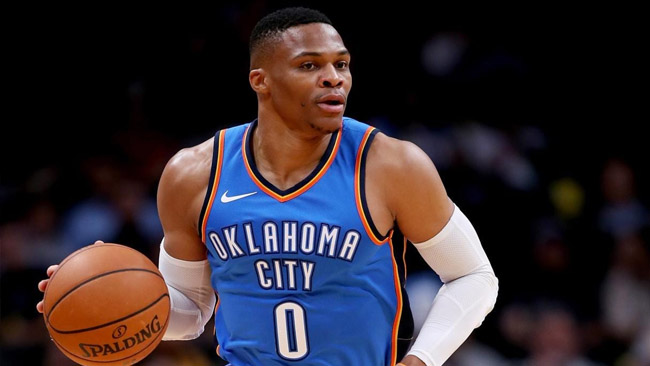