Horse racing in New Zealand might not be on the scale of racing in Australia, but that doesn’t make it any less profitable for punters looking to make some money.

They race all year round in New Zealand with the bigger race days usually falling on Wednesdays, Thursdays and Saturdays. The time difference between New Zealand and Australia means there is something to punt on before the races start in Australia.

With most New Zealand races shown by mainstream television outlets, punters have great accessibility to the New Zealand product and we’re getting better odds available than they do over the Tasman. 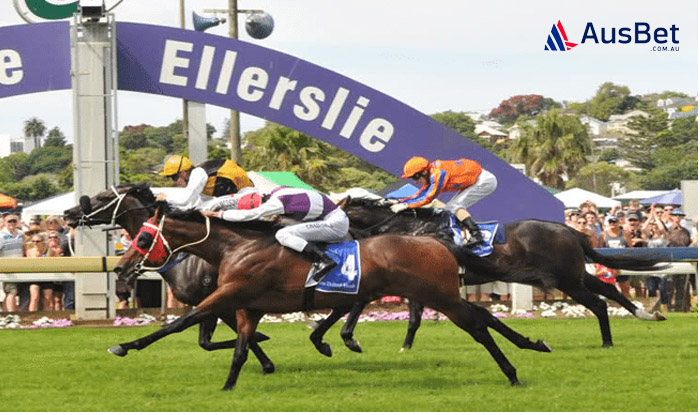 Bet365.com.au is the first bookmaker in Australia to release fixed odds betting for all New Zealand races. For major weekend meetings, they open their books early in the week so punters can lock in the early value.

A key to making a profit betting in horse racing is securing a good fixed odds price before they drop later in the week, and because Bet365 release markets early, it gives punters the best possible chance at making money.

Neds.com.au provide a state of the art form guide for New Zealand racing which gives punters even more detailed information. Not only do they provide the basic racing information, they also feature win and place percentages in a wheel-chart format. This is a clear way of showing the likelihood of a runners’ chances.

Betting fluctuations are also a key betting figures and Neds supply bettors with every fluctuation since the markets opened. Punters can also click on the tote option which displays both fixed odds and tote prices, making it easier to decide which betting strategy to use.

Sportsbet.com.au is a leader in Australian bookmaking and while they excel in most aspects, they are a touch slow to put New Zealand fixed odds up on their website.

That being said, they do offer competitive prices and their website is the easiest to use. The best Sportsbet feature is that punters get great place prices, especially on New Zealand racing and this adds good value to multi-bets.

They are big players in the futures market as they open up markets for the major New Zealand races very early. For races such as the New Zealand Derby and Auckland Cup, Sportsbet take bets on these races months in advance which all punters enjoy.

Auckland Cup carnival: The Auckland Cup carnival is hosted by Ellerslie and used to be held over the Christmas and new year period, but to better adapt their horses to the Australian racing programme, it has been held throughout March for the last few years.

The two major betting races are the Auckland Cup and the New Zealand Derby, with the latter spring boarding the likes Volkstok’n’barrell and Mongolian Khan before they embarked on their successful Australian campaigns.

Odds for the Auckland Cup and New Zealand Derby are available now with our recommended bookmakers.

It’s run throughout the months of October and November and features some extremely competitive racing. In conjunction with the harness and greyhound codes, the carnival also features both the New Zealand Greyhound Cup and the Harness edition.

The Telegraph has been won by the likes of Australian-performed Mufhasa and it continues to grow as a major sprint race around the world. The Wellington Cup lost its major race status during the turn of the millennium, but it still remains a top staying race in New Zealand.

Due to a new initiative, if one horse can win the New Zealand Cup, Auckland Cup and Wellington Cup treble, the owners will get an extra $1 million bonus.

It’s important to keep an eye on these major races in New Zealand. There have been numerous New Zealand bred and trained runners to come to Australia and win their races. The key is identifying which horses could star in Australia and they often make the best betting opportunities.

Betting on New Zealand racing is much like betting on horse racing from anywhere else in the world, but the Kiwis do like to put more emphasis on multiples betting.

This involves bet types such as doubles, trebles, first fours and quaddies. Betting into these races can be rewarding because the pools are generally bigger and thanks to co-mingling, any money invested in New Zealand gets added to Australian pools, and vice-versa.

Quaddies are the best way to make the big bucks. Punters must correctly select four consecutive winners of four selected races. It seems hard, but you can box any number of runners you like and even take a percentage bet. The pools are so big that when you hit a quaddie, your account will know about it.

The more standard betting types are all available on New Zealand horse racing. Win, place, each way, quinella and trifecta. Fixed odds betting is also available on all New Zealand races, but release times do differ from bookmaker to bookmaker.

Our bookmakers provide specials on some of the New Zealand Group 1 races, especially the races that fall during the quiet period in Australia. This is the best time to take advantage of all the deals on offer if you’re interested in racing across the ditch.

The bookmakers make it easy to place any type of bet. With an easy layout and simple betslips, even the most novice punter won’t have a hard time placing a bet.