With matches and tournaments always underway somewhere around the world, tennis is almost the perfect sport for punters. Tennis bookmakers cover an enormous array of events all year round, ranging from the Grand Slams to the minor tours.

Betting on tennis has never been easier. The advent of online sports betting means that as long as you have a laptop, tablet, or mobile phone, you can place bets on tennis anywhere, anytime.

Tournaments such as Wimbledon and the Australian Open see huge numbers of punters turn to Australia’s top tennis betting sites. The range of banking options accepted by these leading wagering operators makes it possible to enjoy the excitement with just a few taps on the screen.

Tennis betting offers punters a huge range of mobile betting options that can be placed on tournaments in Australia and abroad. Among these options are match bets, outright bets, live bets, match bets, and a wide variety of prop bets.

We recommend the following online bookies for Aussie punters wanting to have a flutter on the tennis. They offer a wide range of markets on every major and most minor tennis tournaments held around the world today.

When it comes to betting on tennis tournaments, check the promo pages at each of our featured bookies to see if they have any improved odds or special offers available.

Here are just some of the most popular betting markets available on most tennis tournaments or matches.

Tips on how to bet on the tennis

When betting on tennis it is important to do your research. If you are making a futures bet on a tournament, find out each player’s history at that tournament. What surface is the tournament being played on? Does the person you want to bet on have a good history on that surface? If you are betting on a match, research the history between the two players. Do the odds match the players’ history? These are the questions a smart punter needs to think about and research beforehand to place a good wager with proper value.

The big international championships bring out tennis betting punters in droves and provide the most exciting viewing and gambling action. The suspense and thrill begins with the matches leading up to the championship, and then reaches fever pitch with the tournament itself.

As the initial matches unfold, punters will have the opportunity to assess various players’ performance and make informed decisions when it comes to the much-anticipated clashes at the business end.

The most popular tournaments among punters include Wimbledon, the Australian Open, the French Open, and the US Open. 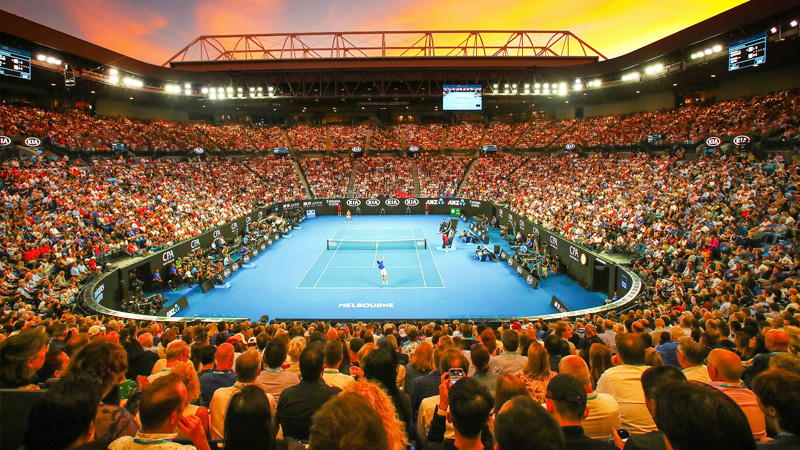 The Australian Open always draws a grand response from people who enjoy Australian tennis betting. This major event, annually held over the last two weeks of January, is the first of the year’s Grand Slam tennis events.

It is followed by the French Open in May and June, Wimbledon in June and July, and the US Open in August and September.

The different categories within tennis offer a spectacular range of betting options. Punters have the choice of tennis betting on singles and doubles, men and women, and mixed events.

A match between two players is known as singles, while two teams of two players playing against each other is known as doubles. Both men’s and women’s divisions play singles and doubles.

Given options such as lay tennis bets, outright bets, set bets, and match bets, the opportunities to win are seemingly endless.

It is no surprise, then, that online tennis betting continues to grow in popularity. All punters can experience the thrill by opening accounts at these top Australian tennis betting sites:

The Grand Slams are the four most prestigious and lucrative tournaments in world tennis. These events attract the best players from all over the globe and offer the hottest tennis betting action.

5. Evonne Goolagong Cawley
Blazing a trail for Indigenous women in the upper echelons of international sport, Evonne Goolagong Cawley was one of Australia’s most recognisable athletes throughout the 1970s and ’80s. While four of her seven Grand Slam singles titles came at the Australian Open, her Wimbledon wins in 1971 and 1980 remain the obvious highlights of a glittering career.

4. Ken Rosewall
What Ken Rosewall lacked in size and strength, he made up for with speed, agility and immense skill. He won four Grand Slam titles as an amateur before joining the professional circuit, where he won a record 15 Pro Slam events between 1957 and 1967. Rosewall won another six majors in the Open era and at the 1971 Australian Open became the first man to win a Grand Slam singles title without dropping a set.

3. Roy Emerson
While the likes of Rod Laver and Ken Rosewall were filling their pockets on the professional circuit, Roy Emerson dominated the Grand Slams. He won five consecutive Australian Championships between 1963 and 1967 – still a record – and was the first man to rack up 12 major singles titles. When you add in his 16 doubles victories, Emerson is the only male player to notch 28 titles in Grand Slam tournaments. 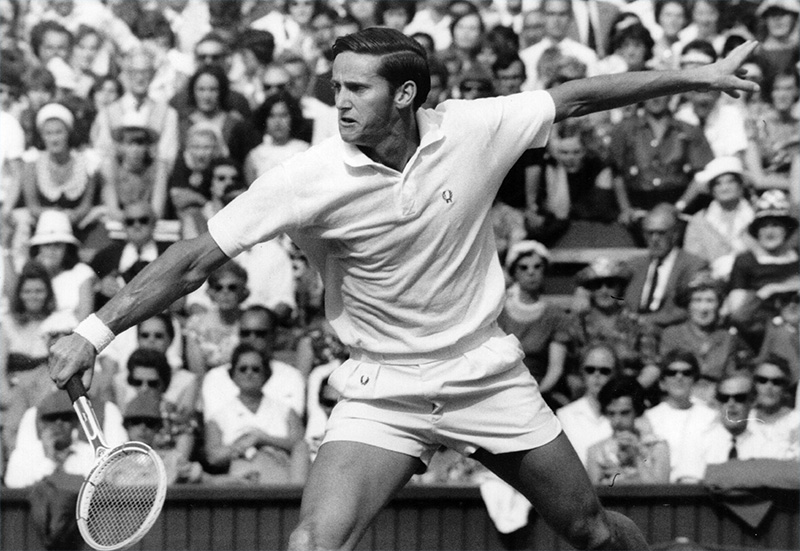 2. Margaret Court
She continues to make headlines for the wrong reasons in her later years, but let’s not forget what a singular talent Margaret Court was in her heyday. The Albury native racked up Grand Slam titles like nobody else, finishing her career with a world-record 24 major wins. Two achievements stand out: her run of six consecutive major wins from 1969 to 1971, during which she completed the Grand Slam in 1970; and winning every possible event – singles, doubles, and mixed doubles – at all four majors.

1. Rod Laver
Rod Laver is widely considered the greatest tennis player to ever grace the court. He was proficient on all surfaces and racked up some 200 singles titles – still a world record – over the course of his stunning career. For seven consecutive years from 1964 to 1970, he won at least 10 titles per year – also a long-standing record. Laver is the only man to complete the singles Grand Slam twice, finishing with 11 majors and another eight Pro Slam titles. Simply the best.